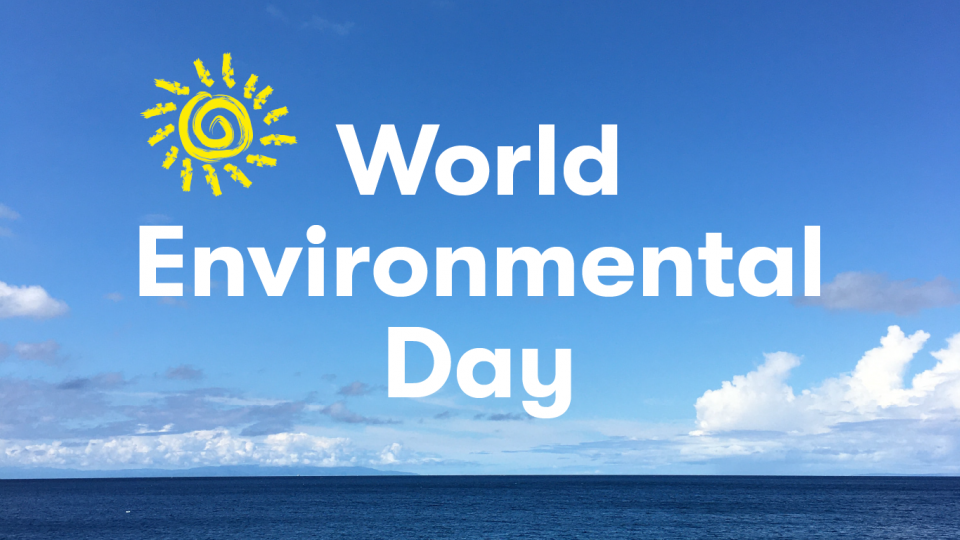 Here's what some environmentalists focus on

To mark World Environmental Day, Forum for Development and Environment has spoken to fellow environmentalists around the world about some of the issues they are working on and possible solutions.

Saturday fifth is the World Environmental Day. The day has been marked since 1972 and makes a good opportunity for the world to honour, help and highlight the environment – from old forests to animals and coral reefs.

Policy adviser Ingrid Rostad in the Norwegian Forum for Development and Environment is responsible for nature and biodiversity and is the co-chair of the major groups and stakeholders facilitating committee in UN Environment Programme. For her, the World Environmental Day is important because it focuses on the combination of environmental challenges we are facing.

– We are in the middle of a nature crisis, a climate crisis and a pollution crisis and a day like this puts the spotlight on important issues we need to address. It puts the environment in the front seat, which we urgently need.

Ingrid marked the day by participating in a high level event in Addis Abeba talking about environmental governance.

- Meeting with colleagues to talk about environmental governance is the perfect way to spend World Environment day since I truly believe that we need to work together to solve the biggest challenges and without strong environmental laws and institutions, we will be unable to protect and restore our planet.

Gender justice: Women as a part of the solution

Mrinalini Rai is the director at Women4Biodiversity. For her, to close the gender gap is important part of the the struggle to save the environment.

– As international and national campaigns to restore degraded landscapes are gaining popularity to address the UN Decade on Restoration, there is a gap that persists at the heart of the ecosystem restoration agenda: the missed attention to the socio-cultural dimensions besides just the biophysical aspect of ecosystems. As such, the gender dimension is largely missed and creates further power imbalances within communities and commonly overlooked in restoration initiatives, says Rai.

She points at how this further exacerbates existing inequalities and creates exclusion by design, mostly for vulnerable communities who most depend on the lands being restored.

– As usual gender gaps are pervasive and undermine restoration goals, while gender-responsive actions can deliver results and can tackle not only biodiversity conservation, but also poverty and inequality, she says.

The needs, aspirations, knowledges and capacities of women are still undervalued or ignored, according to Rai.

– Meanwhile access, control and benefits remain widely inequitable though impacts of biodiversity loss, climate change and desertification affect those who are already vulnerable, of which women make half of it, if not more. Their response to these disasters and others, including pandemics are restrictive due to the lack of adequate policies or provisions that lack gender response. Role and responsibilities of women and men and other fractions of society are differentiated, and so are strategies and solutions.

She says the principles and obligations derived from international human rights instruments should guide the legislation and policy processes.

– The time is now, more than ever for a need to place people and societal equity squarely at the center of the restoration discourse to ensure a gender-just policy framework for biodiversity governance.

Coastal erosion and its impact in Togo

Coastal erosion is another issue to address in light of the World Environmental Day. Advancing sea causes accelerated disappearance of ecosystems and habitats. The populations living along the Togolese coast are suffering from the consequences of erosion.

– In Baguida, a beach in the village of Doevikope, local communities, used for ages to have the ocean nearby, worry even more about its destructive effect. They helplessly watch the last houses disappear forever into the sea. According to a study published in the journal Nature Climate Change, by the end of the current century, more than half of Togo's sandy coasts will be submerged by the sea. The main cause of the phenomenon is the significant increase in global greenhouse gas emissions. Faced with this problem, countries along the Atlantic coast of West Africa are on the front lines, says Djatougbe Aziaka.

To tackle the issue, Togo has prepared a multi-sector investment plan which call for a country-wide approach given the coast is only 56 km long. This requires all sectors to be engaged and collaborate. 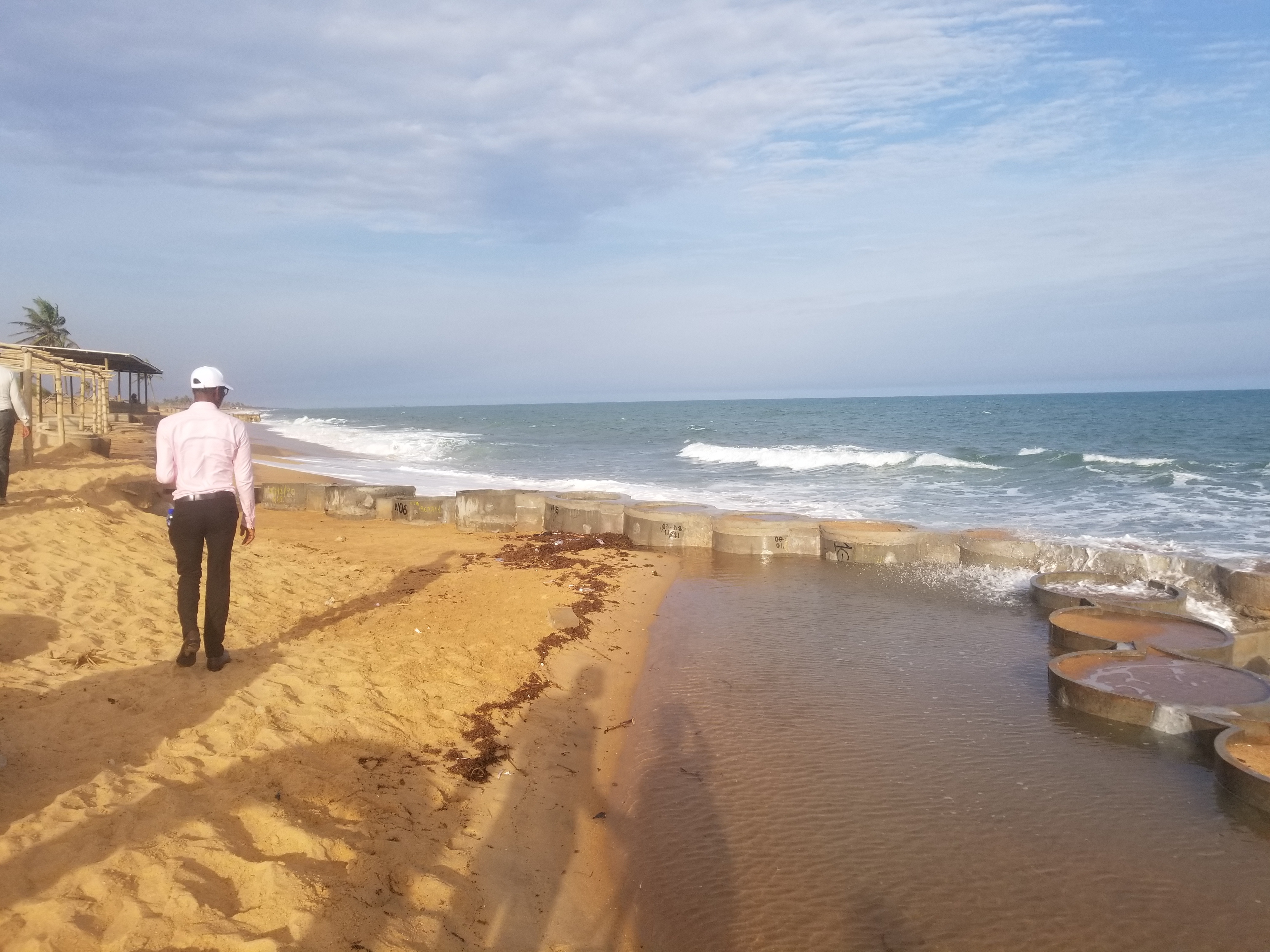 – Cross-border collaboration is key for Togo. With Benin it will undertake a first phase of emergency protection and a second phase where a long-term solution requiring detailed studies and innovation. Between Agbodrafo and Grand Popo it involves the construction or rehabilitation of groynes and breakwaters beach replenishment. Other investments focus on management of the Chenal de Gbaga needing a sustainable land management approach. Social income-generating activities works to reduce the pressures on the ecosystems, says Aziaka.

In our latest campaign, ForUM spoke to youth from around the world about climate justice. Climate change impacts the environment strongly and is also an important issue to address on a day like the World environmental day.

– We have been experiencing the heavy impacts of climate change. We have experienced four typhoons in one month. For the Filipinos, climate justice means giving the strongest support to communities most vulnerable to climate change. As one of the top oil producers in the world, we urge Norway and the Norwegian government to significantly decrease their oil and gas production, said Patricia Mungcal, who works for the national council of churches in the Philippines.

Lillian Bredal Eriksen, senior advisor responsible for climate in ForUM, wants to highlight the ongoing climate crisis and the ongoing and upcoming meetings to come to an agreement to change.

– We have less than ten years to avoid the most serious climate changes. Already adopted plans are not ambitious enough and not fulfilled. We urgently need to implement new agreements. Right now, there are ongoing negotiations in advance of the UN climate summit in Glasgow. These meetings, including the summit itself, is incredibly important to move forward, says Bredal Eriksen.