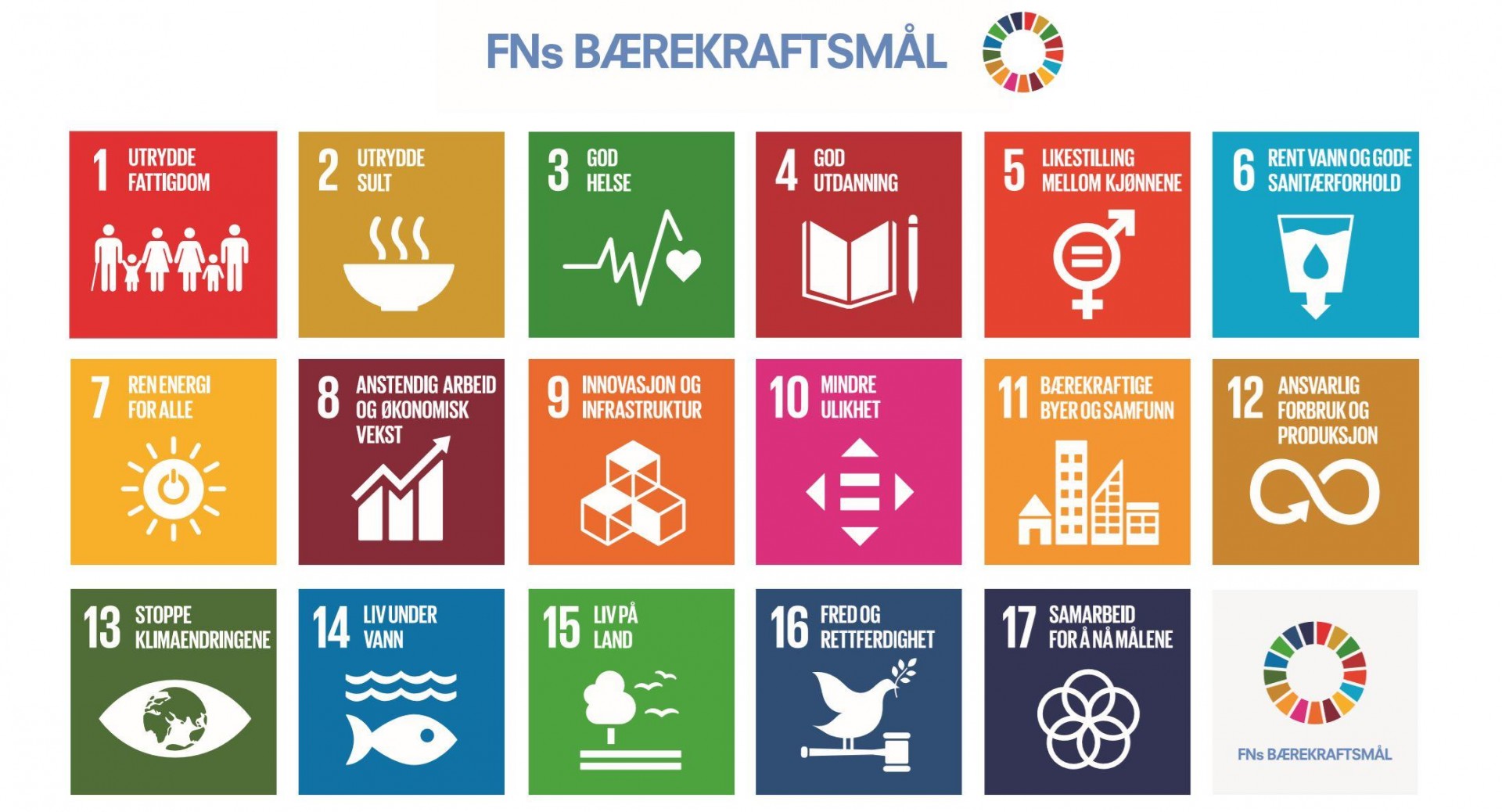 Progress on the SDGs in Norway

Norway presented its second VNR at the High-Level Political Forum in 2021. The report shows that Norway is making good progress on many of the goals but is still struggling with others. In this article, some of the recent advances in the national work on the SDGs are summed up.

Collaboration with societal actors in the VNR process

For this year's VNR process, the government included civil society based on the Finnish model. There was a stark contrast between the government’s assessment and that of civil society, which contributes to an improved policy discussion both nationally and at the HLPF. The process also showed that the government can successfully include societal actors in the work with the SDGs.

- We hope this experience is followed up with a more inclusive and binding collaboration in the follow-up of the action plan, says Kathrine Sund-Henriksen, director of ForUM. Hopefully this collaboration can also be made less ad-hoc through the creation of a national forum that can be in charge of the next VNR process, she adds.

A multi-stakeholder forum for the sustainable development goals

Agenda 2030 emphasises the collaboration between the government and societal stakeholders. Five years into the implementation, Norway still has no multi-stakeholder forum for the Sustainable Development Goals, despite having an abundance of well-organised actors who are engaged in the SDGs. A national forum was launched just as the Solberg government were leaving office, and it will be exciting to see how the new government follows up. ForUM has just launched a brief on the issue, comparing national forums in Mexico, Finland and Germany to harvest experiences for a Norwegian forum.

- The revision of the action plan for the SDGs is an excellent opportunity to launch the national forum and increase commitments for an effective national implementation of the SDGs, says Kathrine Sund-Henriksen. The experiences described in the brief clearly shows how these forums can be important in guiding government policy for the SDGs as well as proposing solutions in deadlock issues, Kathrine Sund-Henriksen adds.

In the new brief ForUM presents recommendations for a new forum, one of them being that it should be placed at the centre of government, ideally linked to the Prime Minister’s Office (SMK). Further, the forum needs a clear mandate and mechanisms to ensure that recommendations that are made will be taken into account. In terms of representation, the forum should not be too large in order to ensure efficiency, but representation from all UN Major Groups should be ensured. In order to ensure the quality of the forum’s work it needs a proper secretariat, which would also support the members in their participation. Finally, all the work of the forum needs to have policy coherence for sustainable development at its core.

New government – reviewing the national action plan for the SDGs

After the Norwegian parliamentary elections, a new government is in place led by prime minister Jonas Gahr Støre and comprised of the Labor party and the Agrarian party, relying on support from the Socialist Left party in the parliament.

- The government platform has too low ambitions for the SDGs, both in Norway and globally, says Kathrine Sund-Henriksen. Reaching the SDGs will require resources, but what the government has thus far presented in the proposed state budget for 2022 is far from enough. We need increased ambitions, a clear plan and sufficient resources, she adds.

The new government has announced that they will send the National Action Plan for the Sustainable Development Goals back to the parliament for a new revision and new adoption. A hearing in parliament is scheduled for the 11th of January where ForUM and other actors will give input.

The new government has already signalled that they want to put more emphasis on the collaboration between the public, private and non-profit sector in the work with the SDGs. They have also said that they want to strengthen the linkages between different goals.

For the first time, the state budget for 2022 was announced without the inclusion of a report in policy coherence for sustainable development. According to the government this was «covered» by the VNR reporting. However, the report received some criticism both from Denmark's peer-review and from civil society for not being thorough enough in this regard.

- Though the VNR reports have an important function, they are in no way a sufficient replacement for the reporting to parliament on the toughest dilemmas in the work to reach the SDGs, says Kathrine Sund-Henriksen. This move removes the debate on development policy dilemmas from the public domain, and civil society loses an important arena for raising awareness and to hold the government accountable.

An important element in the work with the revision of the action plan for the SDGs will be to ensure proper reporting on policy coherence. The government has a long way to go when it comes to the link between the different SDGs and how to treat conflicting goals, which was exposed during an audit done by the National audit in 2020, and it is important to strengthen the mechanisms for policy coherency. ForUM is currently working on a report on the issue in order to provide concrete policy recommendations to improve Norwegian policy coherence.

Norway rated among the worst on spillover-effects

The fact that policy coherence is not high on the agenda in Norway is also made clear when reviewing the rating of countries’ spillover-effects. The rating measures how one country’s actions affect other countries, both positively and negatively, along three axis: environmental and social consequences, economy and finance and security. Norway is placed on the 155th spot out of 165 countries on the rating, meaning that Norway’s actions limit other countries in their efforts to reach the SDGs.

- The SDG index is a clear message that Norway must stop giving with the one hand and taking with the other. A high level of development aid is good, but other policy areas currently undermine the sustainable development goals, says Kathrine Sund-Henriksen. In addition, the spillover-rating clearly shows that Norway must put in a greater effort in reaching the SDGs where we lag behind, adds Kathrine Sund-Henriksen.

One example is how consumption levels affect water resources, nature diversity and climate gas emissions. However, it also concerns policies such as Norwegian exports of weapons and dangerous pesticides. There are too many policy areas where Norwegian policy contradicts itself, and there is a need to see different objectives in relation.